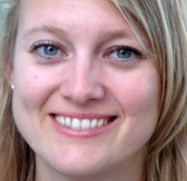 Vivian Loonela is the team leader for international aspects of data protection at Directorate-General Justice of the European Commission. Previously, she worked at the Secretariat-General of the European Commission, working on economic governance and rule of law, and at DG Justice and Home Affairs, where she covered transatlantic relations and counter-terrorism issues. From 1997 to 2005 she worked at the Estonian Ministry of Foreign Affairs, including a posting at the Estonian Permanent Representation to NATO. She graduated from the Law Faculty at the University of Tartu.