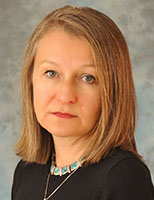 Tiina Intelmann is an Estonian diplomat. She has worked at the Ministry of Foreign Affairs since 1991. Between 1999 and 2001, Intelmann was Estonian Ambassador to the OSCE in Vienna. Between 2005 and 2011, she was Estonia’s Permanent Representative to the UN. Starting in 2011, she served as the Estonian Ambassador to Israel and Montenegro, residing in Tel Aviv. On 12 December 2011, she was elected to be the President of Assembly of States Parties of the International Criminal Court.