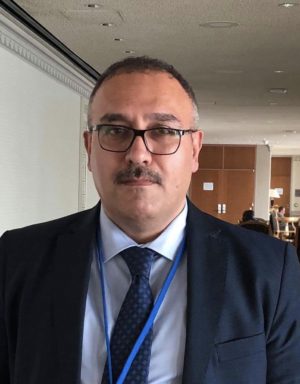 The President of the Assyrian Aid Society, AAS Iraq Department. AAS provides humanitarian aid to Assyrian Christians and it was founded to support them after the 1991 Gulf War. In 2008–2010, Eskrya was the Society`s Vice President, taking over the President`s role in 2010. Eskrya has graduated from Engineering at the University of Baghdad. He has participated in many conferences, thereby raising international awareness on the situation of Assyrian Christians.