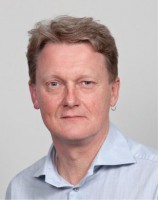 Frank Johansson is the Director of the Finnish section of Amnesty Interna- tional since 1996. Before that he worked as the Press Officer for the section. He has participated in Amnesty missions to Kenya, Nepal and Russia. During the period 1984-1990 he worked as a foreign desk journalist in Finland (Hufvud- stadsbladet), Sweden (Dagens Nyheter) and as a freelance journalist in Eastern and Southern Africa. Mr Johansson has a Master of Social Sciences degree in Political Science/World Politics from the University of Helsinki.