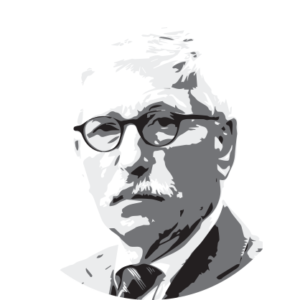 PhD, German writer, politician and a former member of the Executive Board of the Deutsche Bundesbank

He previously served as Senator of Finance for the State of Berlin. Before that he worked as the Secretary of State at the Ministry of Finance of Rhineland-Pfalz (Bundesrepublik) and helped develop the concept for the German monetary union. He has published several bestselling books that have sparked controversies in Germany and Europe. These include ‘Deutschland schafft sich ab’ about immigration in Germany (also published in Estonia) and ‘Europa braucht den Euro nicht’ about the European single currency, which according to Sarrazin was a bad idea. He has a PhD in economics from the University of Bonn.