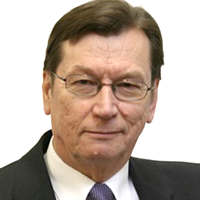 Pasi Patokallio is a long-time Finnish diplomat who worked from 1974 to 2017 in the Finnish foreign service in the fields of international cooperation, security and arms control. He has served as the Finnish ambassador in Israel, Canada and most recently Australia (2013-2016). Previously his foreign service took him to the United States twice, as well as to Tokyo and Geneva. From 2009 to 2012, as a special envoy of the foreign ministry, Patokallio headed up Finland’s campaign to become a non-permanent member of the UN Security Council. Patokallio has an MA in international relations and has been a visiting researcher at Harvard University’s Weatherhead Center for International Affairs. The foreign policy positions that he has expressed in Finnish media have created a broad-based response and provoked discussion.