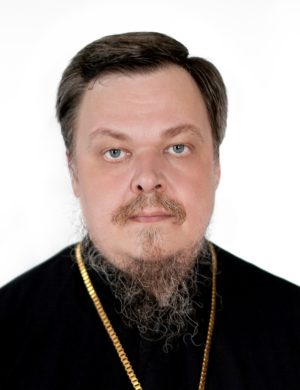 Archpriest Vsevolod Chaplin has participated in elaborating, amending and discussing key draft laws in Russia, as well as several relevant draft laws in other post-Soviet countries. He has held different positions in the Moscow Patriarchate, including Chairman of the Department for Church-Society Relations from 2009-2015 among others. He has also been a member of various councils and commissions both in Russia and on the global arena. He has participated in many conferences and public discussions on matters of relations of religion, state and society. Author of many publications and books, for example ‘Church in Russia: Circumstances of the Place and the Time’. After being released from his duties in church administration in 2015, Vsevolod Chaplin publishes different texts and comments as an independent author in the Russian media. He is the co-founder of the ‘Russian Mission’ liberal-conservative intellectual club and is a member of the Public Chamber of the United State of Russia and Belarus. Archpriest Chaplin is also a member of several opposition groups organizing rallies and public discussions in Russia. Since 2019, he is a member of the coalition ‘The Third Force’.