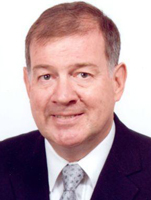 Mart Laanemäe is serving as an Undersecretary of the Estonian Foreign Ministry for the third time. He has been involved with various foreign policy issues since 1996. Currently his main assignments include European Union issues, relations with European states, Canada and the U.S. and digital issues in the broader sense. He has represented Estonia as an ambassador in two countries and in several international organisations while serving at the embassies in Vienna and Berlin. He has previously worked as a journalist and scholar. He defended his doctoral thesis in the natural sciences at the University of Stuttgart, and studied at the Universities of Hannover, Toronto and British Columbia.