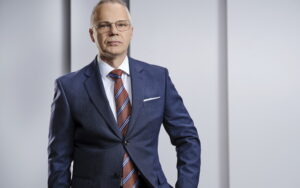 Indrek Treufeldt has worked as an editor for Estonian Radio, advisor for the World Bank Tallinn Office and editor-host of Estonian Television. In addition, he has served as the Press Advisor for the Office of the President of the Republic of Estonia and as a permanent correspondent of Estonian television in Brussels. Currently, Treufeldt is a TV journalism teacher at the Baltic Film, Media, Arts and Communication School of Tallinn University and an editor and host for Estonian Public Broadcasting. Over the years, he has created more than a dozen documentaries for Estonian Television. In 2012, he defended a Doctor`s degree at University of Tartu on construction of journalistic facts in different societies.