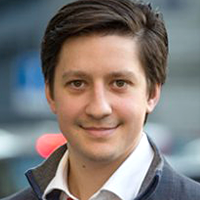 Deputy Director and Senior Fellow at The Lisbon Council

Since the beginning of the year, Luukas Ilves has been working at the Lisbon Council, a Brussels think tank, where he is focuses primarily on topics related to the cyber field such as the e-state and digital economy, and often dealing with them from the aspects of democracy and security. Previously, for almost 10 years, he worked as an Estonian state and EU official at the Estonian Ministry of Defence, the Estonian Information System Authority, and European Commission. During the last four years, he was the Counsellor for Digital Affairs at the Permanent Representation of Estonia to the EU. He is member of the expert commission of the Council of Europe dealing the points of contact between artificial intelligence and human rights. He graduated from Stanford University and belongs is a reserve office in the Estonian Defence Forces.