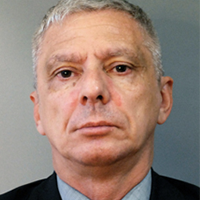 Jean-Yves Camus is a respected French political scientist, and fellow at the French Institute for International and Strategic Affairs (IRIS), who is studying radical and populist political movements. Head of the Jean-Jaurés Foundation’s centre for the study of radical political movements. This is a unique research platform, the objective of which is to map the dynamics of extremist movements in Europe based on fields of activity, ideologies and activists. Camus has participated in the work of research groups dealing with extremist movements. And he has written or co-authored numerous publications. He often writes in the French press and appears on television. Previously Camus has also studied extremist left-wing movements and islamophobia. He has an MA from Sorbonne University and has furthered his studies in contemporary history at the School for Advanced Studies in the Social Sciences VÕI INSHS Institute for Humanities and Social Sciences.