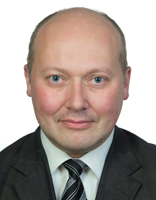 Erik Salumäe graduated from the Faculty of Law at the University of Tartu in 1994, and he is continuing his doctoral studies at the same institution. He has served as an advisor to the Constitutional Committee of the Riigikogu, as well as to the Ministers of Justice and Population. From 1990 to 1992, he was a member of the Estonian Congress, and between 2007 and 2011 served as a member of the 11th Riigikogu. Erik Salumäe is the head of the Ignatius Law Office and he has acted as a legal advisor to the Estonian Council of Churches and various churches. Since 2012, he has been the Vice Chairman of the Estonian Institute of Human Rights.