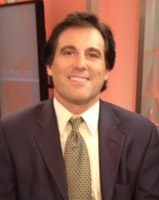 Jeffrey England is the National Democratic Institute’s (NDI) senior advisor in the Middle East and North Africa. Having dealt mainly with Morocco and Algeria, when the April Spring broke out, England was also the NDI’s main representative for Tunisia and Libya, and helped to establish the organisation’s offices in these countries. Previously, he worked as volunteer in the Peace Corps and lived for years in Morocco. He trained nature conservation specialists at the World Wildlife Fund (WWF), where he also worked with many civil initiative groups. At the NDI, England started as a programme manager (2004-2012). He has a bachelor’s degree in history and international relations from Hanover College in Indiana and a master’s degree from Yale University in African Studies. England has extensive experience as an election and political observer.