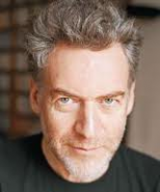 Artyom Troitsky has made a name for himself as a journalist, music critic, concert organiser, broadcaster, blogger and faculty member at the University of Moscow.He gained wider recognition in the 1980s, when he organised large charity events, for example, a rock concert to support the victims of the Chernobyl catastrophe. The New York Times has called Troitsky the leading rock critic of the Soviet Union, but he is also a respected dissident and opinion leader in contemporary Russia. He is a member of the board of Arctic 30 (Greenpeace Russia).