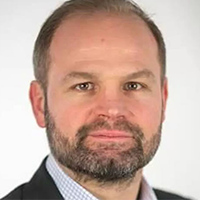 John Dalhuisen has years of practical experience as an expert on human rights and refugee issues. After leaving Amnesty International (AI), he joined the international think tank called the European Stability Initiative (ESI) as a senior fellow. Between 2012 and 2017, was the Director of Amnesty International's Europe and Central Asia Programme, having previously coordinated the AI programme in the former Soviet Republics. He joined Amnesty International in 2007, and at time, he focused on researching discrimination in the European countries. From 2001 to 2006, he was the first Special Adviser to the first Council of Europe Commissioner for Human Rights. He was called to the Bar of England and Wales in 2007 and studied Philosophy at Edinburgh University and Humboldt University in Berlin.